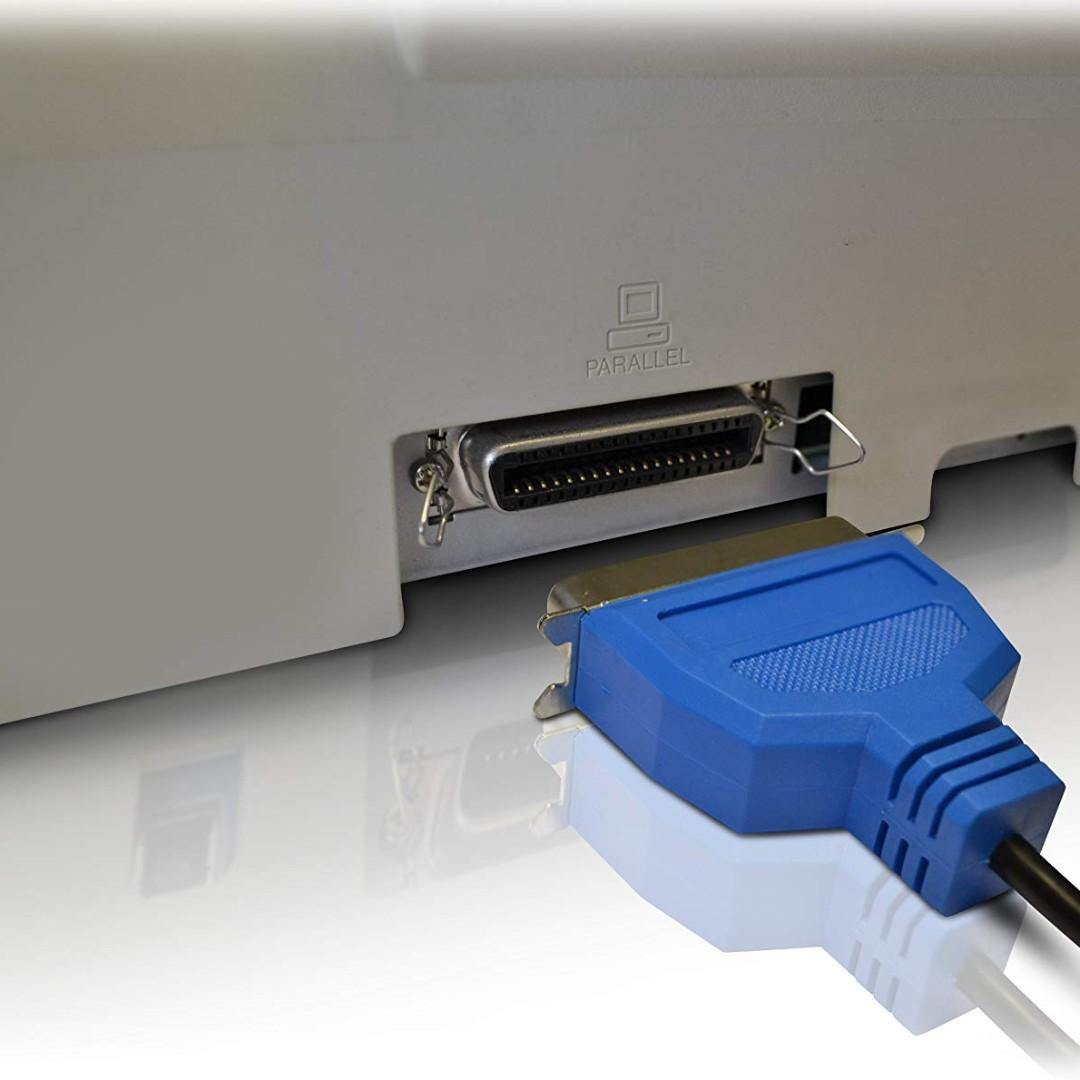 In an age where most printers come with USB and Ethernet ports, many people haven’t even heard about parallel ports.

While it’s true that the technology used in parallel ports is outdated, this doesn’t mean that they aren’t useful, even today.

In this post, we will help you develop a better understanding of how parallel ports work and how they could be of use to you or other printer users.

Parallel ports were first used back in 1970 as a wired method for connecting a computer to peripherals like printers, scanners, CD burners, external hard drives, and older MP3 devices.

IBM is credited for first designing and using parallel ports during the design process of the PC. The main purpose was to allow consumers to connect their IBM PCs to the printers offered by Centronics, a leading printer manufacturer back then.

The main difference between parallel ports and other modern interfaces is the way parallel ports handle data. In parallel ports, several bits of data are sent simultaneously, as opposed to serial data transmission where data bits are sent one by one.

This makes parallel ports the ideal choice when the user needs to send large sums of data to their printers.

Some of the most common parallel interfaces include ISA, ATA, SCSI, IEEE-488, and PCI.

By today’s standard, the parallel port interface is considered obsolete compared to technologies like USB, but it’s still useful in several scenarios.

For example, electronics enthusiasts may find that a parallel port is the only way to connect a printer to an external electronic circuit.

Furthermore, parallel ports are quite useful when you need to transfer more data bits at a time . Parallel communication allows for the transfer of 8 data bits per I/O clock cycle, but this comes at the cost of requiring more pin connectors. Pins on parallel ports are known to break easily over time.

Some applications also require a higher rate of data update, which can be achieved with parallel ports but impossible with serial connectors.

Finding a printer with a parallel port is a bit hard, but not impossible. Only a handful of printers are equipped with parallel ports. Some of these printers include the Epson Stylus C88+, HP LaserJet 2200dn, and Lexmark MS310.

Some older printers only have parallel ports, making it harder for you to connect it to your computer. In this case, you can get a USB-parallel cable to connect your printer.

Do I Need a Parallel Port in My Printer?

Moreover, if you have an old computer that you use for a specific purpose, you’ll need a parallel port because your PC won’t likely have a USB port.

Additionally, a parallel port would be perfect in any scenario where you need faster data communication.

Now that you’re aware of the benefits and shortcomings of parallel ports, you should be able to decide whether you need a printer with a parallel port or not.

As we’ve mentioned earlier, parallel ports aren’t completely useless, even in 2022. Whether you need on in your printer or not mainly depends on how you’re going to use the printer and what you need to connect it to.